learn
Check the Code on GithubJoin Discussion in Slack

How to Run ClickHouse

Surprisingly, there're plenty of options to get started with ClickHouse:

Install and run ClickHouse on your macOS or Linux developer machine. It's good for testing purposes, but somewhat suboptimal if you want to get trustworthy insights about production-like ClickHouse performance.

Install and run ClickHouse on AWS, GCP, or any other cloud computing platform. It's great for testing and production use, especially if you (or your company) already have active accounts there. While setting up ClickHouse in AWS EC2 from scratch is easy, there's also a ready-to-use ClickHouse container for AWS EKS. 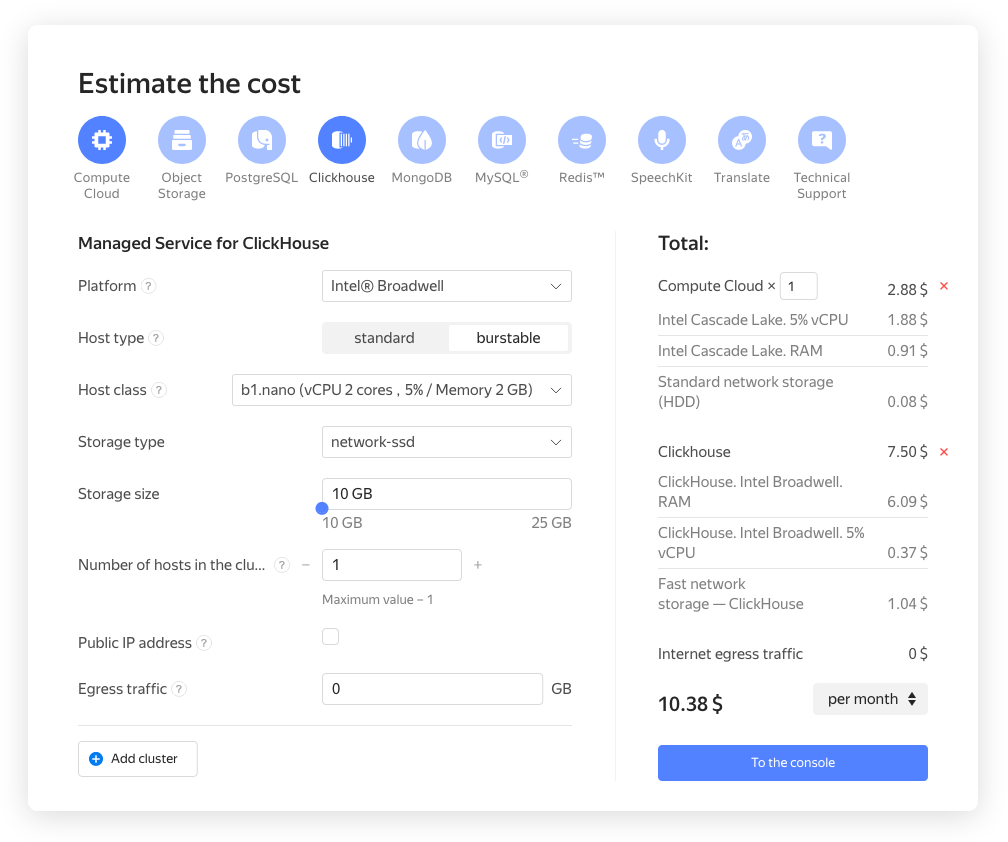 Already have a ClickHouse installation? Great! You can use your own credentials to proceed with this tutorial. Otherwise, we'll use these readily available credentials from ClickHouse Playground: